o rate a book. For example, I’m not a great fan of the plot or the outcome of “Inez: A Tale of the Alamo,” written in 1855 by Augusta Jane Evans, but I was mesmerized by the author’s style of writing, especially considering her age. This was Evans first novel, and she was only 15 years old when she wrote it.  She was living in San Antonio, Texas, when she began penning the book.  She wrote during the wee hours of the night, keeping her project secretive, then presented the manuscript to her father when she finished.

INEZ was just the beginning of her life-long literary career.  The experience of writing INEZ prepared Evans for writing greater and greater novels. She was a literary genius who wrote eight hand-written novels and dictated a ninth in her latter years when her eyesight was failing.

MACARIA, her second novel, showcased her writing skills and her ability to create page-turners. Her third, ST. ELMO, is the jewel in the crown.

My late aunt was named “Inez” after the title of the book. Her mother, my paternal grandmother, was a mega fan of Augusta J. Evans’ books.  Inez was happy that her mother named her Inez, instead of “Vashti,” the name of Evans fourth book. 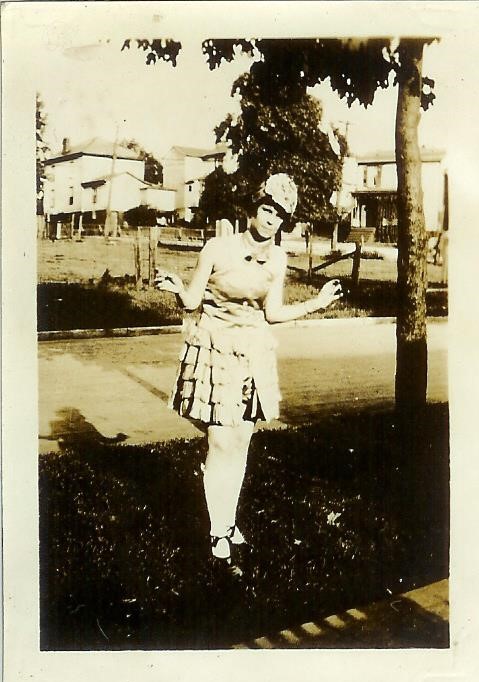 Named after the book INEZ, my aunt Inez Wright, born in 1905, dressed for her part in a play called “The Awakening” about women’s suffrage.

4 thoughts on “INEZ: A Tale of the Alamo”